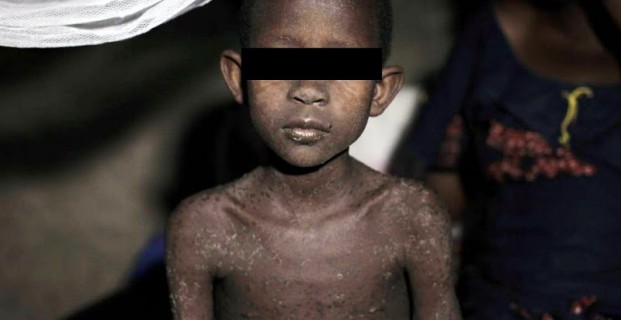 About 48 people have died of measles over 3000 cases reported since last January in the Katanga province. The report of the Office for the Coordination of Humanitarian Affairs (OCHA), published Wednesday, July 17 in Lubumbashi, said that the territories of Kabalo and Kalemie in Tanganyika district are most affected by this disease.

The district of Tanganyika alone has had 1,511 cases of measles, including 14 deaths. And this is the area in the territory Luanika Kalemie, inhabited mostly by pygmies, which remains the most affected in the district. According to the information office of the provincial health inspection of Katanga, quoted by OCHA, the extent of the disease is beyond the capacity of people who organize the response against the epidemic on the ground.

The rise of the epidemic is mainly due to low immunization coverage in many areas of health in the province of Katanga and weak mobilization of funds for the organization of immunization campaigns.
Several sources indicate that the health zone Kalemie, for example, has had no known vaccination to campaign against measles for a year. The Medecins Sans Frontieres / Doctors Without Borders (MSF), which carries out actions to support cases of measles Luanika is faced with logistical problems. For its part, the World Health Organization (WHO), quoted by OCHA, says that the need for the organization of immunization activities are enormous in Katanga.

Africa Adoption Services is here to create forever families via an ethical and transparent adoption process in which adoptive parents are intricately involved.