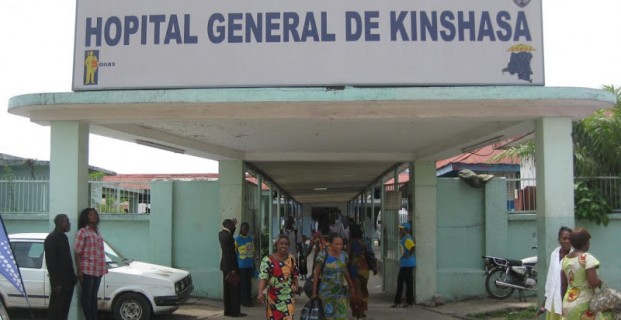 Six million Congolese are chronic carriers of hepatitis. Six hundred thousand of them will die from cirrhosis of the liver. These figures of the Expanded Program on Immunization, which showed direction of the epidemiological surveillance, were presented Monday, July 29 during a retreat held in Kinshasa by the NGO Health Progress, on the occasion of the celebration of the World Day Against Hepatitis.

The direction of the epidemiological surveillance EPI also indicates that 10% to 12% of blood bags are removed at each sampling due to infections by a form of hepatitis.

According to the former head of the national leadership in the fight against viral hepatitis, Dr. Michel Nyembwe, the disease seems to be forgotten. He says that taking care of patients is problematic. According to him, the program against hepatitis does not receive allowances for its operation. “We need the government and partners to improve access to medicine, as we have done for HIV / AIDS. These drugs are expensive, but we must have access to these drugs because there are people who are left behind,” he argues.

In addition, Dr. Michel Nyembwe indicates that the EPI has vaccinated children less than 11 months old since 2007.

Hepatitis is a medical condition defined by the inflammation of the liver and characterized by the presence of inflammatory cells in the tissue of the organ. The condition can be self-limiting (healing on its own) or can progress to fibrosis (scarring) and cirrhosis. Hepatitis may occur with limited or no symptoms, but often leads to jaundice, anorexia (poor appetite) and malaise. Hepatitis is acute when it lasts less than six months and chronic when it persists longer. A group of viruses known as the hepatitis viruses cause most cases of hepatitis worldwide, but hepatitis can also be caused by toxic substances (notably alcohol, certain medications, some industrial organic solvents and plants), other infections and autoimmune diseases. Severe hepatitis can lead to liver destruction and, barring liver transplantation, death.

The vast majority are asymptomatic hepatitis, that is to say, there are no symptoms. However, there are symptoms that are nonspecific, such as fatigue, nausea, fever, loss of appetite, headache, dark urine, bone and joint pain.

Africa Adoption Services is here to create forever families via an ethical and transparent adoption process in which adoptive parents are intricately involved.